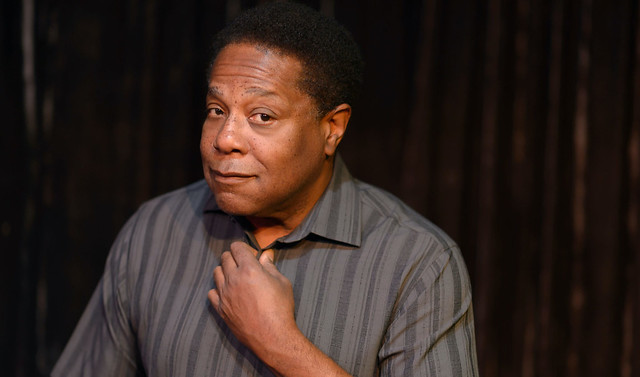 ABOVE: The Marsh presents Brian Copeland’s Grandma & Me: An Ode to Single Parents, the new solo show by the award-winning playwright and performer. Photo by Marcus L. Jackson Photography BELOW: Copeland and his grandmother, Lena Mae Arbee. Photo by Sherry Kamhi


You’d think that after the gargantuan success of his previous solo show, Not a Genuine Black Man (the longest-running solo show in San Francisco history), and his very personal The Waiting Period, that Brian Copeland might not have more life story to mine.

That would be an incorrect assumption.

The ever-appealing Copeland has a new biographical solo show running at The Marsh San Francisco. Grandma & Me: An Ode to Single Parents runs parallel tracks in Copeland’s life, both about the pressures of single parenting. The first is from Copeland’s childhood. His mother died when he was 15, leaving him and his four younger sisters (the youngest was a year old) in the care of their grandmother, who had been like a co-parent with his mother after his father’s departure when Copeland was young.

The other track involves Copeland and his own three kids (elementary and middle school age) and how he became a single parent when he and his wife divorced in 2001. Suddenly, he found a whole new awareness of what it cost his grandmother – emotionally, physically, financially – to raise five children by herself.

The best parts of this nearly two-hour show are when Copeland, working again with director David Ford, really digs deep into the heavy, unrelenting and often thankless responsibility of single parenting. Copeland admits that as a 15-year-old, he was an asshole and treated his grandmother shabbily, just as his oldest child follows suit in his teen years, but younger and older Brian come to a deep appreciation of everything Lena Mae Arbee, who grew up in Jim Crow Alabama, did for him and his sisters. 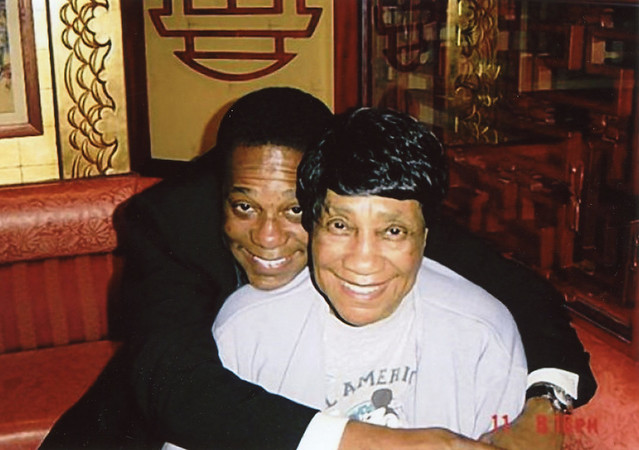 That’s what’s moving about this show, and something that Copeland does really well is express his gratitude for not only his grandmother and mother but also for the people in his own life who proved pivotal in his own (eventually) successful transition to single parenthood (many of them were in attendance at the show’s Saturday opening night performance).

There’s also a sitcom smoothness to this show that keeps it from being as emotionally rewarding as it might be. Copeland, who has also worked as a stand-up comic, leans heavily into dad joke territory, and his foot-stomping, tantrum-throwing teenage re-creations grow wearying (just as they do in real life). In a way, Copeland is giving us too much information. He’s so eager to tell the two big stories of his childhood and his adulthood that the light he’s shining is so bright it washes out the people and the relationships. His audience is more capable than he realizes of making connections and sitting with the heavier elements of his story.

There are moments when Grandma & Me verges on the sentimental or sappy, but Copeland and director Ford mostly skirt them, and in the end this is a show that overflows with love. Every parent should be so lucky to have a child who pays such beautiful tribute as Copeland does for his grandmother.