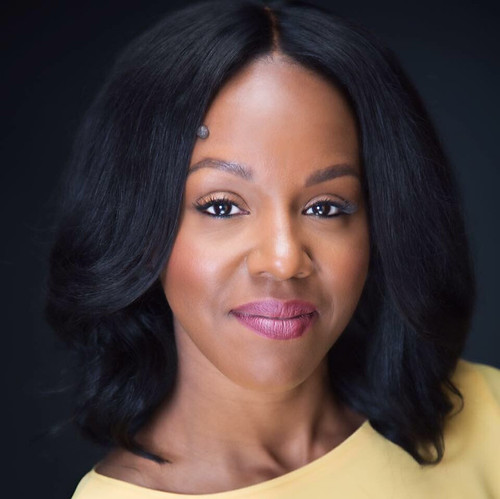 
The extraordinary resilience of theater companies adjusting to the shutdown and continuing to make work will never not amaze me. Against all pandemic odds, these companies muster the resources and figure out how to interact with audiences virtually until we can all come together again.

42nd Street Moon launched the MoonBeams subscription series in May with Jason Graae’s 100% charming tribute to Jerry Herman called Perfect Hermany and continues the trio of offerings with Doris Bumpus in a showcase role at the center of Lady Day at Emerson’s Bar and Grill.

One of the most extraordinary things about these theatrical pivots is how skillfully companies have embraced the challenges of creating a theater/cinema hybrid by filming fully produced productions. Theater-makers have had to become filmmakers in a hurry – at least to the extent that viewers stop thinking about the camera work, the editing or other technical elements and relax into the production itself.

Moon’s Lady Day is a vibrant example of that hybrid working at its efficient best. Lanie Robertson’s 1986 play finds Billie Holiday in one of the final performances before her death in July 1959. She’s back at a familiar Philadelphia jazz club with her pianist, Jimmy Powers (played by music director Marcus McCauley) and a small combo. In this play with music, Holiday sings some of her best tunes and tells stories about her life and her struggles.

Director Brandon Jackson‘s production, which is just over an hour, zips along with an emphasis on the music more than the drama. Bumpus doesn’t do a Holiday impressions so much as capture the essence of a gifted singer whose unique voice and phrasing cut right to the emotional core of the songs she sang. Bumpus has a beautiful musical theater voice that swings, caresses and soothes.

Like so many biographical playwrights, Robertson relies too heavily on contrived nightclub patter to convey a sense of drama as Lady Day goes from a position of jaunty strength at the top of the show to tipsy chanteuse as she tipples and talks and then to a desperate addict who has to run offstage for a fix.

Director Jackson smartly emphasizes the music, which is wonderful – especially Holiday’s trademark “God Bless the Child” (a song she wrote for her mother), “What a Little Moonlight Can Do” and “Gimme a Pigfoot (And a Bottle of Beer),” a rollicking tribute to one of her heroes, Bessie Smith.

Although the music is the star in this production, there’s still an undeniable sadness in Holiday’s story, especially her struggles as a Black woman in the first half of the 20th century. The mistreatment, the bad relationships with men, the drug addiction, the incarceration – it all adds up to a poignant portrait of an extraordinary artist – one of our great American singers, who deserved a whole lot better than she got.


FOR MORE INFORMATION
Lady Day at Emerson’s Bar and Grill continues streaming through May 30. Single tickets are $25 and subscriptions range from $60-$112. The final MoonBeams production, Don’t Touch That Dial: DC and Peter’s Glorious Romp Through the Golden Age runs June 5-27. Visit 42ndstmoon.org for information.