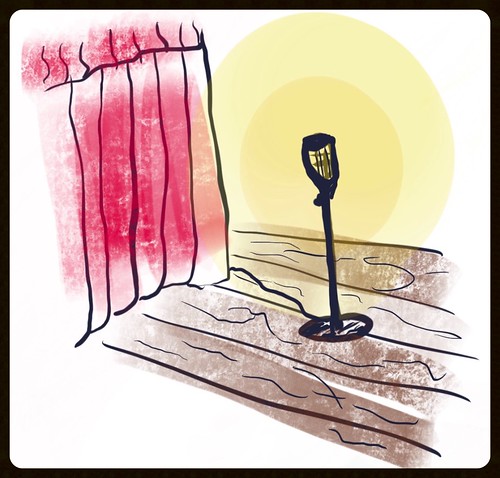 On August 1, 2006, a little theater blog called Theater Dogs (thank you, Paul Rudnick for the name and for the story behind the name) came into being, and 10 years later, here we are.

As the 10th anniversary approached, I thought about how I might like to celebrate. Perhaps a party where theater people might imbibe generously and give me fodder for turning this into a gossip rag. Perhaps a limited edition T-shirt followed by posts full of photos of readers wearing the T-shirt (I’ve actually wanted to do that for years). Maybe nothing at all. Or maybe, just maybe, it was time to let Theater Dogs crawl back into the dog house from whence it came. After all, this amiable pursuit doesn’t provide me income of any kind and, in fact, can take away time from the job that a) I love and b) allows me to survive in this increasingly non-survivable city. Rather than do anything drastic like throw a party or close down the whole shebang, I took some time off. I haven’t written about or seen a play since mid-July, and that is the longest I’ve gone without entering a theater since I started writing about theater in the Bay Area in September 1992. Did I go through withdrawal? Actually, not so much. I spent nights home with the husband and the dog (Fanny the original theater dog) and our giant television. I subscribed to Broadway HD and watched theater digitally. I planted things in our garden. I obsessed daily over Hamilton and sang along with the cast album and cried so many times I’ve lost count. I read books and comics. I deleted theater press releases from my email and contemplated what it might be like to have to actually have to pay for theater tickets.

When I started this blog, I was a gainfully employed journalist at a daily newspaper that was taking tentative steps into the digital world. When I was laid off from that job after a decade, the blog came with me (thanks, IT Department!) and it provided me with a link to the world (and the job) I couldn’t bear to leave. Other jobs followed, including a seven-year stint as an entertainment freelancer with the San Francisco Chronicle, which was awfully enjoyable and felt moderately important. Freelancing allowed me to keep a hand in the game while I began work with a worthy nonprofit that puts professional artists and outstanding arts programs into public schools, after-school programs and summer camps (please check out the website for the San Francisco Arts Education Project in your spare time, won’t you?). Best of both worlds. Then the day job began to loom ever larger. I became executive director and time for interviews and reviews and thoughtful writing became ever scarcer, and it’s no fun feeling like a hack cranking out copy because you feel you have to.

Hence the break, which officially comes to an end this week. Theater Dogs is here to stay – at least for now. The break was nice, but the insanity of our violent world, especially in this migraine-inducing election season, has me craving the profundity, the comfort, the humor, the pathos, the risk-taking of theater. So I’ll review what I can when I can, and I’ll savor it all.

But here’s another thing: I’m also going to write about whatever I feel like writing about. So I want to write about Carol Burnett’s new memoir diving into the 11 years of her variety show? I’ll do it. I want to rhapsodize about Barbra Streisand’s new album of movie star show tunes? Done. Something fun and exciting on Broadway? I’m happy to write about it (especially if it relates at all to Hamilton, a show that makes me feel like a singleminded 16-year-old again). If there’s something that catches my fancy in the head-spinning world of network/streaming/online television, I’m going to share it with you, and I’d like you to do the same. You can reach me through this website or you can email me at theaterdogs (at) gmail.com.

I’m going to try to get to theater companies I haven’t seen for a long time, and if you see something great (which is different from being paid to do PR for a theater company), I’d love to hear about it, and I’ll try to go. I won’t be on the road as much, so within San Francisco is preferred, though I’ll make it to the East Bay, down the Peninsula and Marin on occasion.

I want this to be a place of diversity, equity, access, kindness, respect – a place where attention is paid and assumptions are unwelcome. Taking a little break over the summer was healthy, and though no one really noticed I was gone, I’m glad to be back. Happy belated 10th birthday to Theater Dogs and huge thanks to the loyal readers (especially you).

8 thoughts on “Theater Dogs at 10: A not-so-gala tencennial”