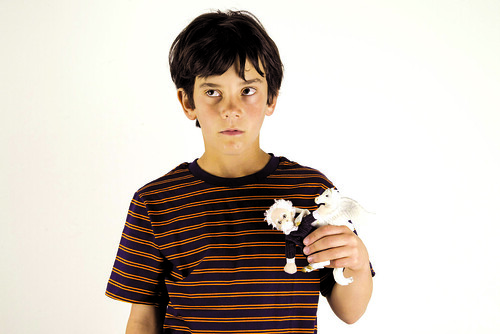 Jonah Broscow is Max, a young man with autism in the world premiere of the musical Max Understood by Nancy Carlin and Michael Rasbury. Photo by Mark Palmer


In the world of pop culture, we’ve had precious few insights into the world of autism. Certainly the work of Oliver Sacks and Temple Grandin (and the HBO movie about her starring Claire Danes) have provided a window, as has the novel The Curious Incident of the Dog in the Night-Time by Mark Haddon, which was adapted for the stage by London’s National Theatre in 2012 before becoming a big hit on Broadway. Now local actor/director/ Nancy Carlin and composer Michael Rasbury have created a musical about a young boy with autism called Max Understood.

After three workshop productions, Max finally receives his world premiere with a production directed by David Schweizer at the Cowell Theater at Fort Mason. Like the stage version of Curious Incident, this production attempts to show us the world through the young man’s eyes, experiencing the sounds and sensations the way he does as he moves through a day that starts in the safety of his family home and then takes him for a dangerous solo journey through his neighborhood.

At the center of the show is fifth grader Jonah Broscow as Max, and his performance, from the very first moment of the 75-minute show right to the end, is extraordinary. His precise, fascinating performance galvanizes the entire production, and when he finally gets to sing (a lovely song called “Poetry” performed alongside a mermaid), it’s heartbreakingly lovely.

The idea to immerse us in Max’s world gets off to a powerful start with the opening number, “Noise Symphony,” which incorporates the astonishing sound design by The Norman Conquest. Alarms and cars and clocks and every little sound of an average morning are amplified until we feel as overwhelmed as Max. Then we meet Max’s parents (Teddy Spencer and Elise Youssef. Mom loves her song but longs for a more normal life. Dad, as a way to survive, has shut himself off emotionally (it’s almost like their part of the musical is a lost chapter of Next to Normal). While mom and dad struggle with the details of the day, Max slips out of the house on his little scooter.

Out on the street, he meets a mean teenage girl (Alyssa Rhoney), a nerdy boy with a head for facts (Jeremy Kahn), a sweet young woman (Hayley Lovgren) and a gardner with a fondness for leaf blowing (Jackson Davis). Like The Wizard of Oz, which Jonah watches repeatedly, these figures become fantasy characters that populate his journey. The nice lady doing her laundry, for instance, grows wings like his beloved Pegasus toy, and the nerdy boy embodies both Max’s obsession with both Albert Einstein and the American presidents (their song “Rushed Up” is a highlight of the score).

Director Schweizer makes effective use of the giant revolving set (by Alexander V. Nichols), which begins as a fairly straightforward family living room but then revolves to reveal a steep rake, which beautifully captures the projections (by Micah J. Stieglitz) and makes the outside world feel precarious and rather dangerous for anyone who’s running up and down its length.

There’s an emotional distance to the storytelling, which could be intentional given Max’s remove from the world he inhabits, but that distance is at odds with the nature of a musical, which usually uses songs and underscoring to draw an audience in emotionally. There are emotional moments to be sure, but we’re either too far in to Max’s world or not far enough to really make the show soar. This is an unusual, sophisticated piece of new musical theater. It’s clearly a labor of love, and Max Understood offers an intriguing glimpse into the world of autism but still hasn’t fully pulled us into that world.