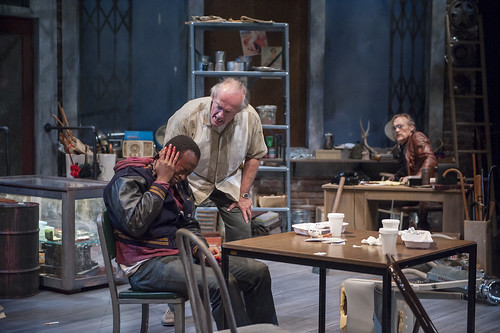 
Berkeley’s Aurora Theatre Company concludes its season with David Mamet’s American Buffalo, an early (1975) Mamet play that has all the telltale Mamet qualities (staccato dialogue sprayed in four-letter directions, life among conmen and criminals, pointed criticism of the “great American way,” etc.), but unlike some of the later, more intentionally provocative and disturbing work, this one has a core of compassion and human connection.

Part of that is Mamet’s play and part of it is director Barbara Damashek’s production headed by two Bay Area greats: James Carpenter and Paul Vincent O’Connor. Watching them spar is theatrical bliss.

I reviewed the play for the San Francisco Chronicle.

One of the pleasures of director Barbara Damashek’s production is how much of the humor she and her actors bring out of Mamet’s 1975 script. Sure, there’s rough language and violence and even blood at one point. But after the overly long setup of Act 1, the desperation of Donny and Teach reaches near-hilarious levels in Act 2.

It’s almost like they’re a low-life Abbott and Costello wrangling over an important phone call (the fact that it’s on a rotary dial phone somehow makes it even funnier) or figuring out how to crack a safe, which neither of them can do.

Carpenter and O’Connor know how to find the comedy without losing touch with the grim reality these characters inhabit. 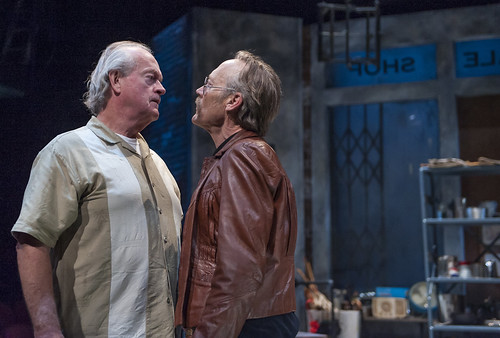