Jane Austen, Thronton Wilder, Tony Kushner and Golda Meir will all be there…sort of.

Unlike many theaters around the Bay Area, TheatreWorks begins its season in the summer, and this year, Bernard Pomerance’s The Elephant Man, the story of deformed circus sideshow attraction John Merrick, kicks things off June 20. TheatreWorks produced the play, which, unlike the movie version, leaves the deformities to the imagination, in 1985. 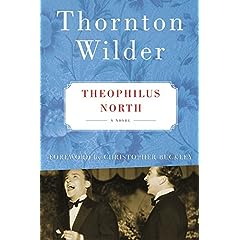 In July comes the West Coast premiere of Theophilus North, Matthew Burnett’s adaptation of the charming Thornton Wilder novel of the same name.

Next up in August is the world premiere of a new musical based on Jane Austen’s Emma, the tale of a well-meaninng matchmaker who finally stumbles into her own true love. Paul Gordon (Broadway’s Jane Eyre) contributes music, lyrics and book.

For the holidays comes Shakespeare’s Twelfth Night, and with the new year comes a welcome old friend: the late Wendy Wassterstein (below), whose last play, Third, finally makes it to the West Coast.

In March 2008, Kathleen Clark’s Southern Comforts, a late-in-life love story, takes a bow, followed by the season-ending Caroline, or Change, with book and lyrics by Tony Kushner and music by Jeanine Tesori. If you saw the touring Broadway version in San Francisco, you know this is one of the most powerful and important musicals to come along in the last decade or so. If you haven’t seen it yet, here’s your chance.