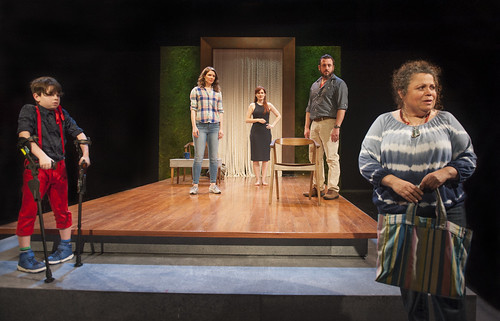 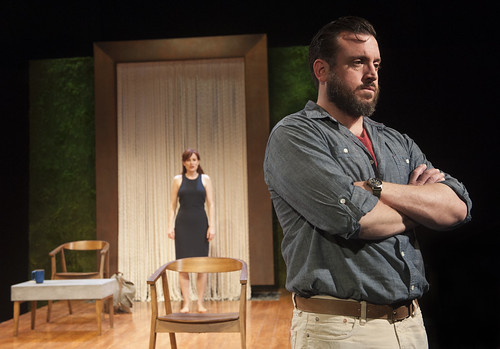 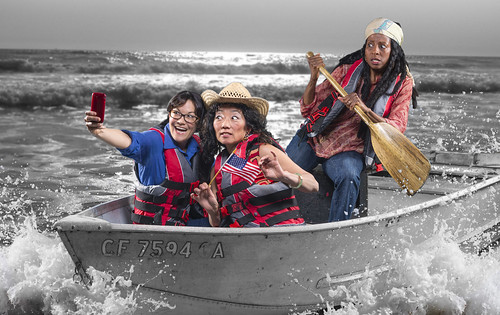 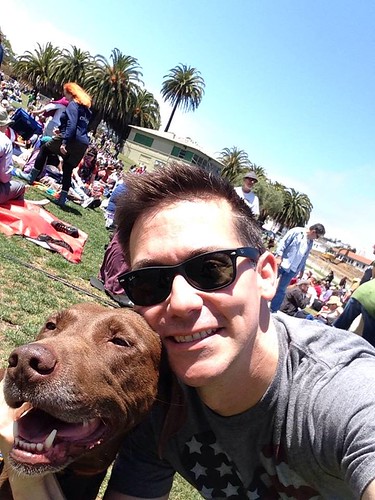 Sabina Zuniga Varela is Medea in Luis Alfaro’s Bruja at the Magic Theatre. Below: Sean San José is Jason, Medea’s husband and a man with some powerful secrets. Photos by Jennifer Reiley


Sometimes names are facts. Like now – there’s magic at the Magic Theatre.

The play is Luis Alfaro’s world-premiere Bruja, and it’s extraordinarily powerful. Even better, it has one foot very firmly grounded in the real world, and the other somewhere else that’s hard to describe, but rather than being some twinkly netherworld, this supernatural zone can be dangerous. And deadly.

Being an adaptation of Euripides’ Medea, you know this experience wont’ end happily. But what you might not know is that Alfaro, who scored at the Magic two years ago with his award-winning Oedipus el Rey, is going to make you care and he’ll freak you out a little, maybe a lot. How does he do this when we know how the story goes and how it ends? How can he make the story personal and infuse it with believable magic that stretches into cultural traditions that are eons old? The easy answer is that he’s an awesomely talented writer. The trickier answer is, of course, magic.

Walking through the new wood-paneled corridors into the Magic Theatre auditorium, you hear children playing. Part of the sound is from Jake Rodriguez’s sound design. The rest of it comes from the two boys playing soccer on the stage paneled in the same wood that now surrounds the theater space. Ah, children in a production of Medea. The heart sinks a little because you know their fate.

When Wilma Bonet as Vieja, the servant, begins addressing the audience, her tone is at once colloquial and poetic, talking about life in the Mission District and referring to the deep currents of Mexican history and culture. That dichotomy of everyday and historic, of culturally specific and universal is where Alfaro’s art lives, and it’s thrilling.

Turning the Medea story into a modern-day tale of Mexican immigrants making a life for themselves in San Francisco seems like a stretch, but Alfaro makes it seem as natural as can be. The gorgeous Sabina Zuniga Varela as Madea is wife, mother and healer. She practices her art, which lead some to call her a “bruja” (witch), and makes as happy a home as she can for her twin boys, Acan and Acat, and her hardworking husband, Jason (Sean San José), a contractor.

How can such a seemingly ordinary existence reach the majesty and magnitude of Euripides’ Medea? In the skilled hands of Alfaro and director Loretta Greco, easily. Ancient undercurrents swirl under this highly modern scene, and by the time we meet Jason’s boss, Creon (Carlos Aguirre), who has plans to leave his construction empire to Jason, we begin to see how this new tale will synch with the original. The really interesting thing is that we feel the connection between Medea and Jason (thanks to the passionate performances by Varela and San José), and we sense how invested Jason is in creating a better life for his family.

When it all starts to unspool, the tragedy comes fast (the play is only about 90 minutes), and this Medea truly puts the fury in furious.

The imagery in Greco’s surprisingly gorgeous production — who knew such beauty could come out of such rough wood and such ordinary surroundings? (well, clearly set designer Andrew Boyce knew) — is stunning and feels as integral to the story as Alfaro’s charged langauge.

You get to feel so invested in the story, in fact, that you hope against hope that maybe this time Medea will turn her fortunes around and avoid using her magic for destruction and her machete for bloody murder. She’s a smart, powerful woman, and just this once, you want to see her escape the horror without dragging everyone — the innocents and the guilty — down with her.

But this remains a tragedy. Triumphant in its art and staggering in its darkness.

[bonus video]
This sneak peek of Bruja is short but potent – it gives you a real sense of the production.