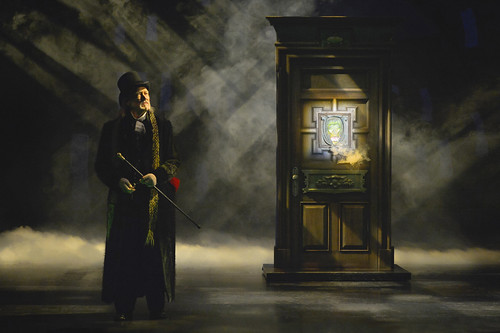 James Carpenter revisits the role of Ebenezer Scrooge in American Conservatory Theater’s A Christmas Carol: On Air, an audio adaptation of the beloved annual production. Photo by Kevin Berne.


Some years I’ve had it up to hear with A Christmas Carol and want nothing to do with the Cratchits, the crutch and bah humbugs. Other years, I feel like there’s never been a more potent perennial, and every human should experience Dickens’ ghost story in one form or another. This year, this mind-bending year, is one of the latter.

American Conservatory Theater has been making holiday hay with Carol for more than 40 years, and in this year of lockdowns and shutdowns and only the memory of audiences, the company has opted to keep the tradition alive, albeit with an audio adaptation that we can listen to from the comfort and safety of our own homes and through the intimacy (if we so choose) of headphones to build the production between our ears.

Director Peter J. Kuo has adapted the adaptation (as it were) by Carey Perloff and Paul Walsh from the Dickens novella, and the conceit here is that a group of young adults (all part of ACT’s MFA program), who constitute a social pod, attend a holiday party and do an impromptu reading of the play. Magic (and nifty sound effects) ensue.

Happily, once the reading begins in earnest, veteran actors James Carpenter and Sharon Lockwood show up – he to reprise his excellent performance as Ebenezer Scrooge, and she in a variety of roles, including Scrooge’s housekeeper, Mrs. Fezziwig and Mrs. Cratchit. Both Carpenter and Lockwood could perform all the parts and make it dazzling, but it’s satisfying just to have them in the mix with enthusiastic young actors.

The MVP here, without question, is sound designer Jake Rodriguez, who essentially has to replace sets, costumes and lights with an evocative soundscape to keep the audience immersed in the world of the play for two hours. Rodriguez has great fun with all the ghostly elements of the story and also incorporates the original score by Karl Lundeberg effectively. Everything about the production is crisp and straightforward and clear, which is a good thing so the Dickens storytelling can shine through.

Other than the running time (two hours is a long time to sit and listen at home), my one real reservation here is that an adult is saddled with the thankless task of playing Tiny Tim, complete with little boy voice. The role is so pivotal to the plot and to the emotional construct of the story that this casting choice simply does not work.

Happily, and occasionally merrily, the production is mostly filled with vibrant performances and that divine Dickensian blend of gloom and cheer. Despair and hope intermingle throughout (landing on the latter, of course), making this whole holiday enterprise feel especially affecting this year. 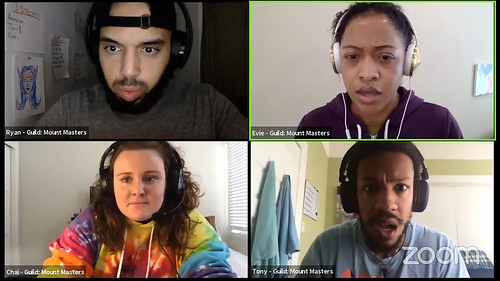 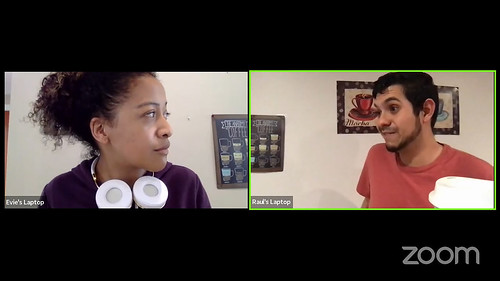