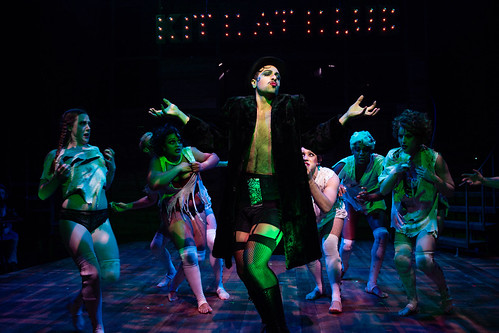 The Master of Ceremonies (John Paul Gonzalez) performs with the Kit Kat Dancers in Cabaret at San Francisco Playhouse. Below: Sally Bowles (Cate Hayman) contemplates her future with Clifford Bradshaw (Atticus Shaindlin) in tumultuous Berlin in the 1930s.
Photos by Jessica Palopoli


San Francisco Playhouse’s Cabaret is, to put it simply, a wow. A big, debauched, delightful wow. Everything in director Susi Damilano’s production just clicks. The look, the feel, the sound of this John Kander and Fred Ebb classic are all securely in place, so this well-constructed musical (Damilano is using the 1998 Broadway revival as her base) can connect directly with its audience.

This is the second time the Playhouse has done Cabaret. Co-founder and artistic director Bill English directed a strong production in 2008 at their tiny former theater on Sutter Street (read my review here). Two of the actors from that production return to the new one in the same roles. Louis Parnell is even better and more sensitive as Herr Schultz, and Will Springhorn Jr. is once again Ernst Ludwig, one of those fine German citizens who turns out to be monster.

Damilano (also a Playhouse co-founder and its producing director) has a much bigger stage to work with than English did 11 years ago, and she and set designer Jacquelyn Scott make the most of it with a two-level structure that shifts easily from being the stage of the Kit Kat Klub (the epitome of early 1930s Berlin decadence) to the rooming house where newly arrived American writer Clifford Bradshaw (Atticus Shaindlin) is going to finally find something worth writing about. The stage even has room for a few cabaret tables, so audience members are able to get very up close and personal with the exuberant cast.

There’s not a sour note in this production (not counting the Nazis – Nazis are always the sourest of notes in any form), from the lusty ensemble executing Nicole Helfer’s clever sensual/vulgar choreography to the hot, hot band led by Dave Dobrusky (with a special shout-out to drummer Geneva Harrison for giving the show its driving pulse). 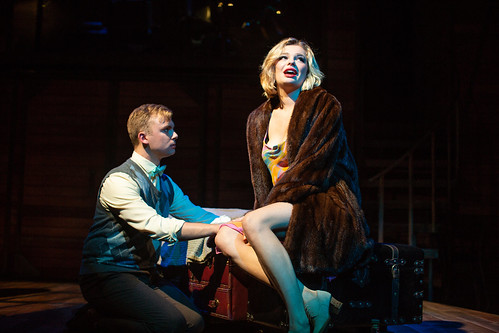 It’s all top-notch, but the pinnacle here is the star-making performance by Cate Hayman as the Toast of Mayfair, Sally Bowles. Her program bio yields some interesting facts, not the least of which is that she just finished her junior year of college at Carnegie Mellon University. Also of note is that this is her THIRD production of Cabaret in a year (although in the last two she played the aggressively amorous Fräulein Kost). The bio doesn’t mention that Hayman is a Marin native who won a $15,000 Beach Blanket Babylon scholarship in the voice category in 2016. After experiencing this performance, it’s easy to see why Hayman is an award winner. She is polished and assured but vulnerable and fully present. Her Sally is a pragmatist who gauges her debauchery almost as a means of survival. This Sally is less of a kook and more of an artists whose capacity for hurt and damage is more than she can bear. This comes through powerfully in “Maybe This Time,” but then in Act 2, when Hayman dives into the title song, the stage ignites, and we hear the song as if for the first time.

Unlike the 1972 film, which scrambled and chopped the original stage production, Cabaret is not only the story of Sally and Cliff and the Kit Kat Klub shenanigans. It’s also a love story between two older people: landlady Fräulein Schneider (Jennie Brick) and Jewish grocer Herr Schultz (Parnell). They get five numbers in the show, which makes them central characters. In addition to dealing with aging, loneliness and romance, they’re also up against the rise of Nazi power and a growing tide of antisemitism. Parnell and Brick are wonderful together, and Brick’s performances of “So What” and the especially daunting “What Would You Do?” are poignant and nuanced. With such strong actors in these roles, the show feels more balanced.

In many productions, the role of the Emcee tends to overwhelm the proceedings, but here, John Paul Gonzalez is less of a show-off and more part of the ensemble. It’s only in Act 2, when he delivers a stunning “I Don’t Care Much” that we get something more from the character than just brash sexuality.

Sadly, it seems a musical about the rise of Fascism will never seem quaint. When, at the end of Act 1, a group of Berliners joins in on the Nazi propaganda tune “Tomorrow Belongs to Me,” it feels strangely familiar and more than a little unsettling. Cabaret has been kicking around for more than 50 years now in various forms, and it has never felt so relevant. There’s so much to enjoy in it and yet so much to fear. 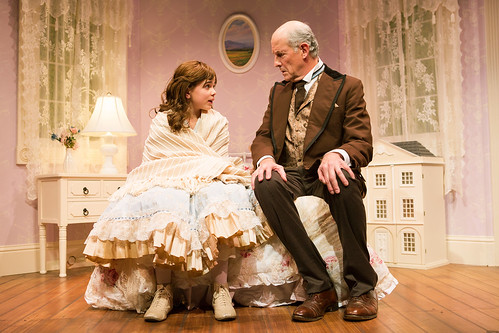 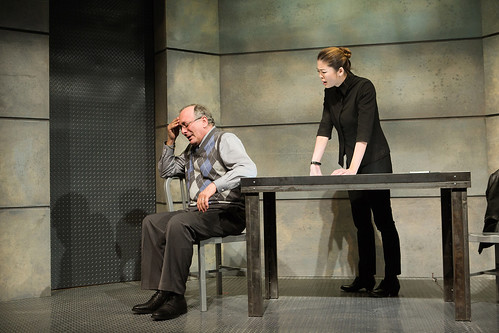