Back in the dark ages of VHS, I remember being thrilled when I could actually buy The Sound of Music and watch it whenever I wanted, not just on whatever holiday the networks chose to trot it out. Ever since I saw the movie on the big screen in the early ’70s, it had become one of my favorite things because Julie Andrews was right up there with Carol Burnett and Mary Tyler Moore in my youthful pantheon of perfection.

Then, as an adult, I saw The Sound of Music again on a big screen. It was like seeing a whole different movie from what I was used to seeing on videotape. The TV version was pan-and-scan, meaning they decided widescreen (with the black bars across the top and the bottom) was unacceptable but shifting focus on certain parts of that widescreen and cutting out the rest was perfectly all right. From then on I couldn’t watch the movie on TV unless it was letterboxed.

With the advent of DVD, letterboxing became the norm – preserving the original screen ration as the cinematographer and director intended. No more cutting out VonTrapp children during “Do Re Mi.” I didn’t mind shelling out more money for the DVD because the format seemed to be the apex of the home video revolution. Then came the special anniversary DVD edition of the movie, which featured new features, including interviews with Julie Andrews and Christopher Plummer (not to mention a promotional film starring Charmian Carr about her life as a teen movie star working in Austria). Had to buy that one.

Then the Rodgers and Hammerstein folks released a box-set collection of all the R&H movie musicals (except Flower Drum Song), which included the special edition Sound of Music discs I already had. But I had to have the whole set.

If you’re counting, that’s four times I purchased The Sound of Music for my home collection. Somehow I bypassed the LaserDisc craze, so that saved me some money. And please don’t get me started on all the various versions of the soundtrack I’ve owned through the years (remember 8-track?).

I’m savvy enough to know that I’ll probably never be done spending money on The Sound of Music. Couldn’t resist going (more than once) to the Sing-Along Sound of Music at the Castro Theatre, and I’m always open to seeing the movie on a big screen in a theater with a great sound system. I thought about downloading a digital version of the movie, but it’s not available … yet. That one can’t be too far away.

Until then, we have yet another format and another potential purchase. Come next Christmas, we’ll be able to have a near-perfect Sound of Music experience in our own homes with the Blu-ray release. Here’s a teaser trailer.

For further VonTrappist fun, check out this entry in a long line of re-cut trailers casting sunny musicals as horror films. This one is my favorite of the Sound of Music efforts.

I share the above photo not because I have a huge ego and want the world to know I had a few quality moments with Dame Julie Andrews, one of my favorite people on the planet. Wait – that’s exactly what I wanted by sharing the photo, which was taken at a stem cell research benefit in San Francisco that Andrews spoke at.

The first movie I ever saw was Mary Poppins (actually the very first movie I “saw” as a babe in arms was when my parents, in their VW bug took me to a drive-in showing of Barbarella, and apparently I cried all the way through and they left early). Andrews as the practically perfect nanny made quite an impression on my 4-year-old brain, and from then on, my world revolved around Julie Andrews, who had a TV variety show on then (this was the early ’70s), and then my mom and grandma took me to see The Sound of Music. Well, that was it. I’ve been a Banks-VonTrapp child in her charge ever since.

I reveal these personal details as a form of memoir and to introduce my thoughts on Andrews’ memoir Home: A Memoir of My Early Years (Hyperion, $26.95). The book takes us from her childhood in Walton-on-Thames, her career in the dying days of vaudeville as a child performer with a freakishly adult operatic range, and then on to New York and her Broadway stints in The Boyfriend, My Fair Lady and Camelot.

The book ends right as Andrews and her infant daughter are heading for Hollywood, the open arms of Walt Disney and the filming of Mary Poppins.

One thing you notice right away about the book is Andrews’ distinctive voice. You can hear her crisp pronunciation in every sentence. It’s also clear that she’s a writer – no surprise to those of us who have enjoyed her children’s books such as The Last of the Really Great Whangdoodles and the more recent The Great American Mousical.

That said, there’s still an element of distance between Andrews and the reader. She’s happy to tell us a few things – even unpleasant things from her childhood (like a stepfather who had designs on his pretty stepdaughter and the revelation that she was a product of a one-night stand) – but she won’t tell us everything. Andrews reveals just enough to protect her privacy, and that’s respectable (though not as juicy as some folks might want).

The closest the book comes to scandal is Andrews’ revelation that during the run of Camelot, Richard Burton made advances toward her, which she basically laughed off, and then he became cold and distant – even onstage, which seems highly unprofessional, even for a Welshman. Eventually he got over himself and reverted back to the warm and wonderful (if slightly sozzled) co-star Andrews adored. 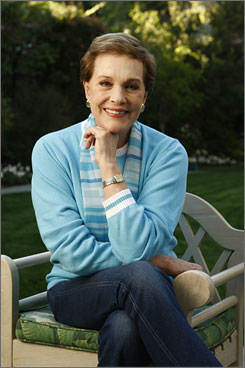 One of the book’s nicest surprises is the deep friendship Andrews and her husband, Tony Walton (an esteemed Broadway designer), developed with T.H. White, the author of The Once and Future King, the source material for Camelot. Tim, as Andrews called him, comes across as quite a character, especially when he tricks Andrews and Walton into buying a little house on his home island of Alderney.

Andrews admits that her account of My Fair Lady’s birth isn’t as thorough as Alan Jay Lerner’s On the Street Where You Live or Moss Hart’s Act One (one of the best theater books ever), but it’s fascinating to hear about it from her perspective as a young performer who feels she’s in way over her head.

My favorite passage in the book about what the theater means to Andrews. Here’s a taste:

Once in a while I experience an emotion onstage that is so gut-wrenching, so heart-stopping, that I could weep with gratitude and joy. The feeling catches and magnifies so rapidly that it threatens to engulf me.
It starts as a bass note, resonating deep in my system. Literally. It’s like the warmest, lowest sound from a contrabass. There is a sudden thrill of connection and an awareness of size – the theater itself, more the height of the great stage housing behind and above me, where history has been absorbed, where darkness contains mystery and meaning.

Reading her book made me adore Andrews even more – if that’s even possible. Now I’m anxious for the next volumes. I envision the second book concentrating on the ’60s, from Mary Poppins and The Sound of Music up through Darling Lili. This would, of course, take us through her divorce and her marriage to Blake Edwards. Volume 3 would deal with her TV work, her taking a break to concentrate on family, her reemergence in 10 and SOB and Victor/Victoria, her return to Broadway and the loss of her singing voice.

There’s still so much to tell. I hope she’s busy writing.

Here’s a treat: Carol Burnett, a great chum of Julie Andrews’, recalls her 1962 Carnegie Hall concert with Andrews and their spoof of The Sound of Music.

So much information to digest.

First comes news that Annie Proulx’s extraordinary short story, “Brokeback Mountain,” which was turned into a less extraordinary but admirable film, is now becoming an opera. New York City Opera has commissioned American composer Charles Wuorinen to create an opera based on “Brokeback” for the 2013 spring season. I, for one, can’t wait to hear Ennis’ beleaguered wife sing that sure-to-be-hit song “Jack Nasty.”

Why, oh, why? Columbia Pictures and CBS Films are going to remake My Fair Lady with producers Duncan Kenworthy and Cameron Mackintosh.

Yes, the movie is going to be a musical and will feature the famed Alan Jay Lerner and Frederick Loewe score, but the gimmick this time out will be on-location shooting rather than in studio sound stages. They also say the film will will incorporate more of George Bernard Shaw’s original play, Pygmalion.

There have been rumors that Keira Knightley has been approached about playing Eliza Doolittle. That’s all well and good (if she can’t sing, Marni Nixon, who dubbed Audrey Hepburn in the movie, is still available, bless her heart), but can we please cast Julie Andrews as Mrs. Higgins?

Rob Marshall’s movie musical follow-up to Chicago (Memoirs of a Geisha doesn’t count because it wasn’t a musical) is going to be Maury Yeston and Arthur Kopit’s Nine, and Daniel Day-Lewis has been confirmed to star as Italian film director Guido Contini. Day-Lewis replaces Javier Bardem, who had to drop out because he refused to get rid of that terrifying bowl cut from No Country for Old Men (kidding — he dropped out because he’s exhausted). Also in the cast, playing the women in Guido’s life are Penelope Cruz, Marion Cotillard, Sophia Loren, Nicole Kidman and Judi Dench. 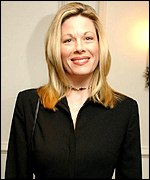