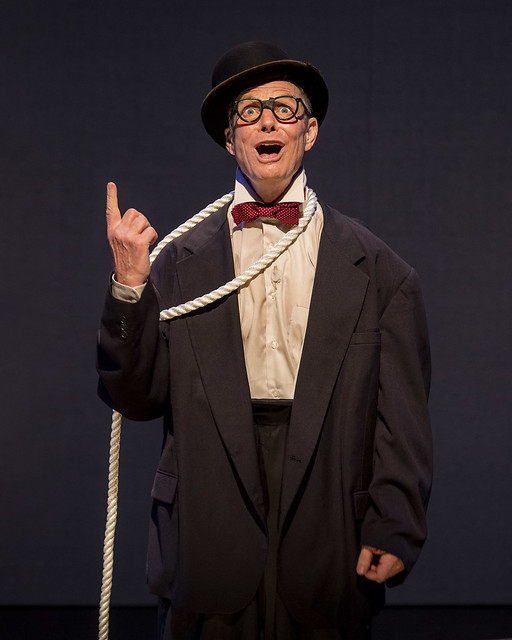 Bill Irwin dives into the work of a favorite writer in On Beckett, part of the American Conservatory Theater at the Toni Rembe Theater. Photo by Craig Schwartz


About five years ago, the great Bill Irwin brought his solo show On Beckett to The Strand Theater as part of the American Conservatory Theater season. I described this journey into the work of Samuel Beckett as a lecture demonstration, but “you’d have to rank it among the best imaginable lecture demonstrations.” I still stand behind that review (read it here), but now that Irwin has brought the show back – to ACT’s big stage, the Toni Rembe Theater, this time – I feel like it’s even more enjoyable as a one-man play. It simply bursts with joy, and Irwin is really good at joy.

The show is ostensibly Irwin talking about why he loves Beckett and his draw-you-in, push-you-away energy that makes him so fascinating and so confounding. Irwin spends the better part of 90 minutes explaining why Beckett’s work is inexplicable. Being the superb actor he is, his discussion includes generous helpings of performance – from Texts for Nothing, The Unnamable, Watt, and, most delicious of all, Waiting for Godot (how you pronounce that depends on where you fall on what Irwin calls a “great culture divide”).

As enjoyable as it is to see Irwin inhabit Beckett, the evening’s greatest pleasure is Irwin himself. This is a show about loving art. Irwin loves Beckett and has devoted a good portion of his creative energy to going deeper and deeper into the work. Irwin also loves clowning because, in addition to being a fine actor, he is a clown to his bones, and this show gives him a glorious showcase to share his intellect (along with his high-wattage charm) and his black bowler, baggy trousers and red nose.

Irwin is well aware that Beckett is not to everybody’s taste, so, as creator, director and performer of this piece, he explicates the Beckett oeuvre just enough to make the show feel smarty pants before he puts on an even bigger pair of baggy pants (“industrial!”) and does another clown routine that makes you fully question that he was born in 1950, the same year Beckett published Texts for Nothing.

The section on Godot is especially good because Irwin has so much to say about the play and about the myriad choices actors and directors have to make when producing it. It would be an absolute shame if Irwin doesn’t direct a production one day.

This is a criminally short run for On Beckett, which is not only a thoroughly entertaining and edifying experience but also the only show in town that will point you toward the almost equally rewarding beckittns, a genius pairing of kitten photos and Beckett quotes. 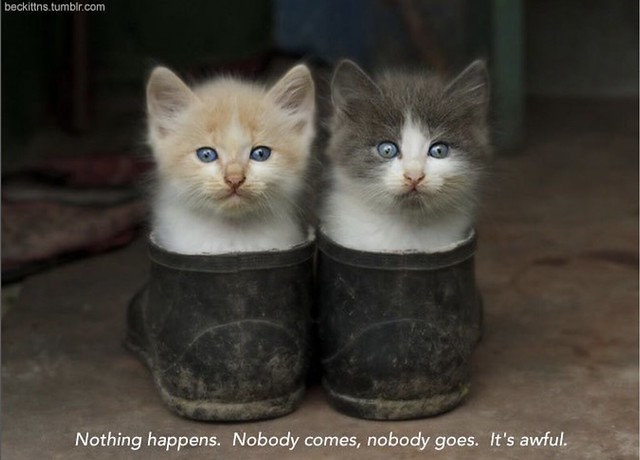