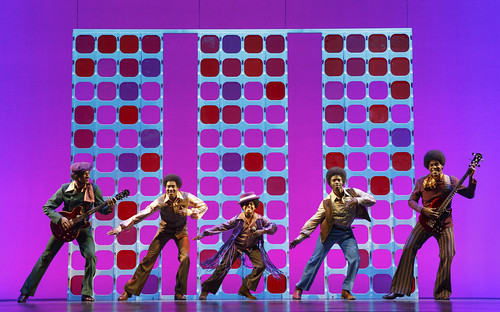 
The challenge in reviewing Motown: The Musical is to be honest about its two most prominent components. The first is the clunky, self-aggrandizing book by Motown founder Berry Gordy who, at one point, has Diana Ross bat her big eyelashes and compare him to Martin Luther King Jr.. He also depicts the first time he attempted to sleep with Ross as a dismal failure, but when you’re in bed with a pop legend in the making and you’re writing the script, you can have her tell you everything will be OK and then sing “I Hear a Symphony” to you. It should be funny, and it is, but it’s just as cringe-inducing.

The other component, and this is far, far more important, is the Motown music itself. You simply cannot go wrong with that glorious music, the music that bridged racial and generation gaps when it was new and then never stopped. If this show were only one song after another, with none of the plot or “character” distractions, it would be a revue to remember. This cast is strong and appealing, the band is hot (and LOUD) and the songs spill out, one more joyful than the next.

So you have great music and wonderful performances trapped in schlocky show, which places the review right smack in the middle: criticizing the structure and the writing and loving the music and performances.

I reviewed Motown: The Musical for the San Francisco Chronicle. Here’s a sampling:

Berry sets himself up as the protagonist (played by Clifton Oliver) but doesn’t make himself a multidimensional character. He’s determined, that’s for sure, but as a character he doesn’t grow or change or do anything other than fight for his music empire. In the real world, that’s momentous, but on stage, it’s nothing we haven’t seen in other jukebox musicals like “Jersey Boys” or “Beautiful: The Carole King Musical,” both of which have much more expertly crafted books.

What “Motown” has that those other musicals don’t is an extraordinary songbook that just won’t quit. Even at nearly three hours, the show doesn’t come close to capturing all the fantastic Motown hits. 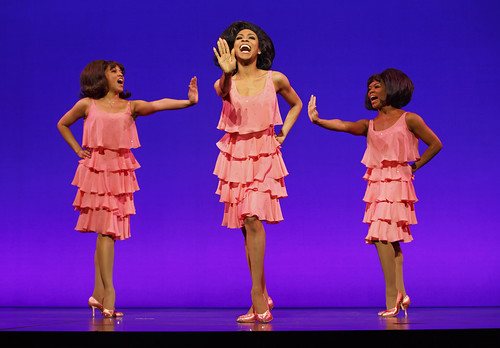