A love letter to Emily Skinner…

Dear Ms. Skinner,I had the pleasure of seeing you perform in 42nd Street Moon’s production of Do I Hear a Waltz, and I was completely captivated by your Leona Samish, the lonely American tourist who travels to Venice for a taste of life. 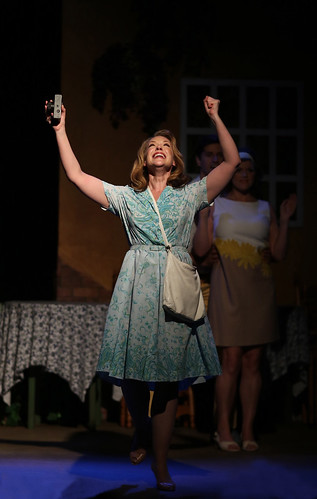 I have fond memories of Moon’s 1998 production back when they were doing staged concert productions with actors holding their scripts. That was my first encounter with Waltz, a 1965 Broadway curiosity that matched three musical theater masters – Richard Rodgers writing the score, Stephen Sondheim writing the lyrics and Arthur Laurents writing the book based on his play The Time of the Cuckoo (also the source material for David Lean’s 1955 movie Summertime starring Katharine Hepburn as Jane Hudson, a totally re-written Leona). The show, by all accounts, was a misery to create, primarily because Rodgers, lacking confidence in his abilities in the wake of Oscar Hammerstein’s death, was a miserable and stubborn collaborator

The result is a show that feels part Follies, all sophistication and darkness, and part The Sound of Music, all cheerful musical comedy. Sondheim has described the show as perfectly respectable but labels it a “why?” musical – why, if the creators were not passionate about the adaptation, does the musical need to exist?

I can tell you, with some certainty, that “why?” was answered for me in the person of you, Ms. Skinner. This oddball musical needs to exist so that actors as skilled as you can perform in it and attempt to make some sense of it. I was not lucky enough to see you in your star-making turn in Side Show, but I did see you on Broadway in The Full Monty and in James Joyce’s The Dead, but seeing you in the intimate Eureka Theatre was a revelation. With no microphones and only piano accompaniment (Dave Dobrusky is the pianist/musical director), it was just you and the show and the audience. 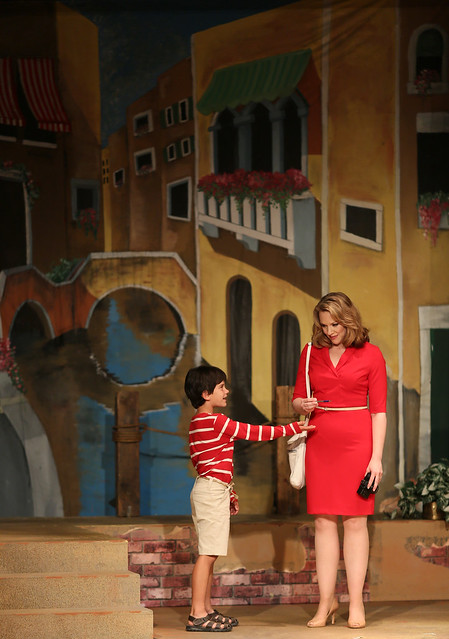 I will say that the set looks so much like the Olive Garden that it was distracting and that the supporting cast was uneven but certainly has its charms, but this experience was all about Leona, a tough, funny, lonely woman who deserves more from life and has set out to grab it. If there is ever serious interest in reviving Do I Hear a Waltz on Broadway (and there probably won’t be unless Sondheim wants to do some serious tinkering), we have found the ideal Leona. In your capable hands, Leona is likable without being sappy or needy. She’s smart but she’s out of her element and a little off balance, especially when she falls for a Venetian antique seller who may or may not be on the up and up. Leon has some considerable defenses around herself, but she also, as we see briefly, a great capacity for joy.

Ms. Skinner, you are in spectacular voice – “Someone Woke Up” and the title song have never sounded so good. I found myself wishing that Sondheim and Rodgers had mustered a great aria for Leona to perform at show’s end that lets us in on the state of her heart and mind as she heads home. In the latter part of Act 2, it’s almost as if the creative team forgot they were creating a musical and focused much more on the play. In the hands of a skilled actor we hardly miss the score (Leona’s drunken breakdown at the party she’s throwing is some serious musical theater drama), but Waltz does end rather with a whimper, which doesn’t quite seem fair to Leona.

As strange as it is, Do I Hear a Waltz? is awfully entertaining, and kudos to director Greg MacKellan for wrestling this beast into such pleasant form. But the best decision of all was to hire such a remarkable leading lady. Thank you, Ms. Skinner, for allowing us such a captivating Waltz.

PHOTO CREDITS: (top) Emily Skinner as Leona Samish in 42nd Street Moon’s Do I Hear a Waltz? (lower) Skinner and Jonah Broscow as her pint-sized guide, Mauro. Photos by pwophoto.com