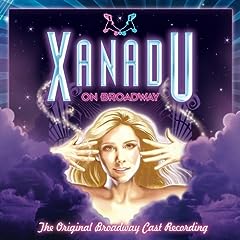 Rosie O’Donnell has indeed brought Broadway back to daytime. Last week on The View, she interviewed Georgia Engel and unleashed Tony-winners Bob Martin (who should win awards as the most endearing man in a sweater ever on Broadway) and Beth Leavel, who sang a belt-’til-they-applaud version of “Stumble Along,” her ode to drunkenness as life’s aspiration.

We can expect to see more Broadway bits as the season progresses. Could the Chorus Line kids be far behind? A tip of the Bob Fosse bowler hat to Regis & Kelly for allowing Broadway troupers to grace their soundstage as well.

In another daytime Broadway vein, Megan Mullally, the Emmy-winning star of Will & Grace and a Broadway veteran (the Matthew Broderick revival of How to Succeed in Business Without Really Trying), opened her brand-new talk show with — get this — a production number. She used songs from Hair outfitted with new lyrics and a motley back-up crew to separate herself from other talkers like Martha Stewart, Rachel Ray and Ellen DeGeneres. Mullally’s the only one who’ll be singing on her show. It’s a good distinction to have because, so far, her skills as a talk-show host are minimal at best. I hate to say it, but we miss Karen Walker.

Now the question is: If Broadway’s back in daytime, will Broadway’s boom just get boomier?