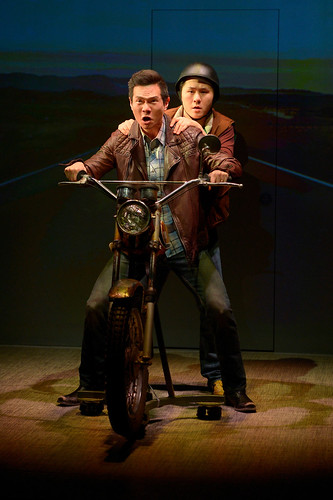 
I reviewed Qui Nguyen’s Vietgone, an American Conservatory Theater production at The Strand Theatre, for Theatermania.com. Here’s an excerpt:

From the start, Nguyen attempts to defy expectations when he has an actor pretending to be him (Jomar Tagatac) tell the audience what they’re about to see. Even though the play begins with the fall of Saigon during the Vietnam War and has a great deal to do with that conflict, he says this is a play about love, not war. Specifically, it’s a love story about two people who resemble his parents but are definitely not his parents. He also describes how characters will be speaking. The Vietnamese characters will not speak with the kind of Asian accents we’re too used to hearing on stage or screen. Rather, these characters will speak in a hip, urban lingo more akin to today than 1975 when most of the play’s action takes place. The American characters will speak in explosions of stereotypical nonsense involving words like “NASCAR,” “Botox,” “freckles,” and, of course, “cheeseburger.” This introduction builds an excitement that slowly dwindles throughout Act 1. 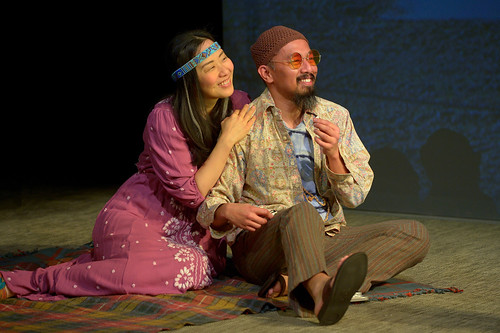