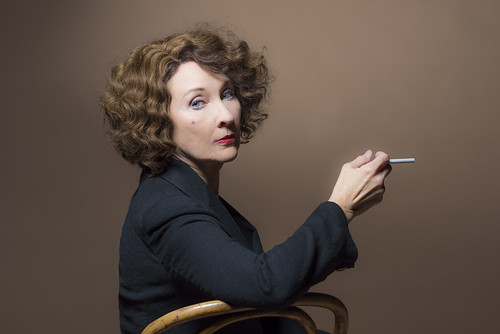 Lorri Holt stars in and co-wrote Colette Uncesnored, the story of the infamous French novelist’s life as a writer, a woman, a pioneer for social change and a lover. The solo show runs through May 14 at The Marsh San Francisco. Photo by David Allen Below: Le Bret (Michael Gene Sullivan, left) warns Cyrano (J. Anthony Crane) in TheatreWorks Silicon Valley’s production of Cyrano, running through May 1 at the Mountain View Center for the Performing Arts. Photo by Kevin Berne

So many shows, so little time!

Herewith, a petite voyage to France, first to check in with the writer Colette and then to catch up with the swashbuckling Cyrano de Bergerac. I reviewed both Colette Uncensored at The Marsh, a solo show starring and co-written by Lorri Holt (with Zack Rogow, and Cyrano, a new adaptation of Rostand’s tale at TheatreWorks Silicon Valley for the San Francisco Chronicle.

Here is a bit of the Colette Uncensored review:

There’s a definite “ooh la la” factor to Colette’s story, and Holt can flirt with and tease an audience like a true Parisian. But this is less a gossipy tale and more an evolutionary one. Colette thrived in the Belle Epoque period in which the bohemians sought freedom in all its forms (and suffered all the consequences).
At a certain point in her life, she delights that her reputation as a writer has overtaken her reputation as a scandal magnet, and by the time Paris is overtaken by the Nazis, we’ve seen her as a naive young wife, a successful actress, a journalist and a successful novelist. Through it all, she keeps coming back to a central question: “Is pleasure the same thing as happiness?” 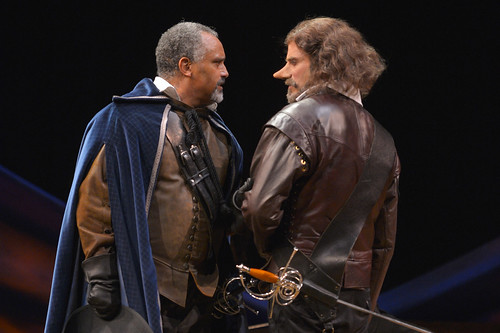 And here is a peek a the Cyrano review:

There’s a robust charm to director Robert Kelley’s production in the first act, when Cyrano is surrounded by a noisy crowd of soldiers, actors, friends and antagonists. The second act, however, loses steam in a major way as the lively comedy and masterful swordplay (fight direction by Jonathan Rider) gives way to less exciting romance, a detour into battle and then a 15-year time jump into outright tragedy.
At nearly three hours, this “Cyrano” is at least 20 minutes too long and has a much easier time bearing the laughs and action of the first act than it does the increasingly sad drama of the second.