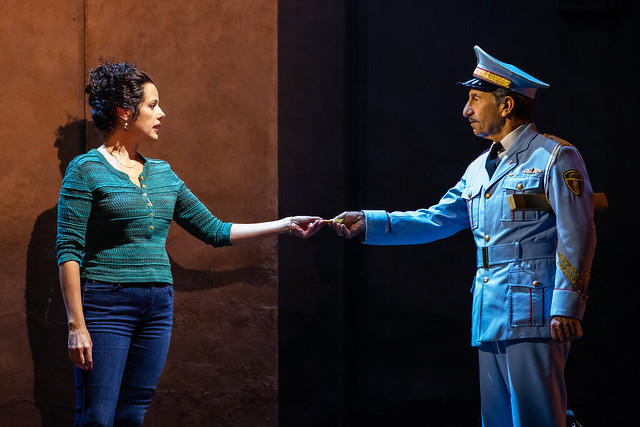 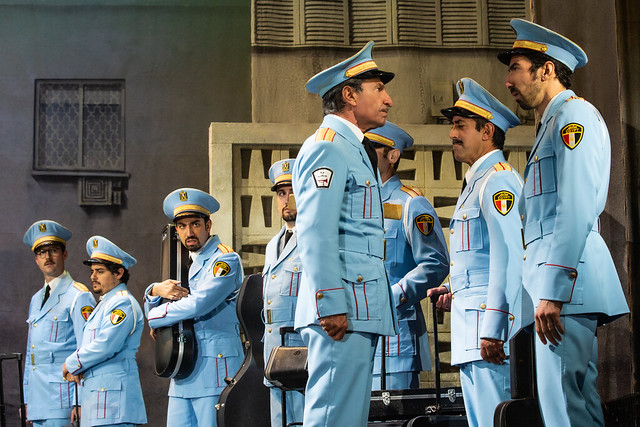 As someone who has loved musicals since his formative years, Jim Gardia is certainly in the right business. And to think, he could have ended up as a swim coach.

In college, Gardia, who was a competitive swimmer, was seriously considering a career as a swim coach. “But theater pulled me harder,” he says.

For six years he worked with Los Angeles’ acclaimed Reprise Theatre Company, both as managing director and as producing director. Last year, he left his native L.A. to come north. He is now the executive director of San Mateo’s Broadway by the Bay, replacing Greg Phillips, who left early last year to serve as executive director of Oregon’s Portland Center Stage.

A musical theater performer since childhood, Gardia is someone who has the musical in his bones. While with Reprise, he got to work on some great shows with some great talent. Here’s a sampling: Sunday in the Park with George with Kelli O’Hara and Manoel Felciano directed by Jason Alexander, Follies with Patty Duke, Vikki Carr, Harry Groener and Donna McKechnie, Anything Goes with Rachel York and Brent Barrett, City of Angels with Stephen Bogardus and Vicki Lewis and Zorba with Marc Kudisch and Judy Kaye.

As Gardia says, he didn’t leave Los Angeles or Reprise out of any kind of dissatisfaction. “I had been wanting to move to the Bay Area for years,” he says. “I saw an opportunity with Broadway by the Bay. Jason Alexander is running Reprise, so I left it in good hands.”

A high-level community theater, Broadway by the Bay opens its 44th season this week with the Gershwin musical Crazy for You. With nearly 7,000 season subscribers and more than 6,000 single show ticket sales per production, BBB is the biggest theater on the Peninsula and has a reputation for big, splashy musicals with giant casts and strong production values.

Coming into such an established organization, Gardia, now a resident of Half Moon Bay, says he doesn’t have any plans to change the Broadway by the Bay vision. “What they do thrills me. This format works. I’m here to help make change if it’s needed, but I don’t see the need. We can buff up here and there, but nothing’s broken.”

Nothing in the company may be broken, but there is something big that has gone bust: the economy. Opening a new season in the midst of a recession is something that weighs on every performing arts company at this moment, especially after having seen American Musical Theatre of San Jose cease operation last year.

“Of course the recession is something we have to prepare for,” Gardia says. “We’ve cut our budget, gone line by line and cut where we could. I do not like cutting anything that goes on stage because that’s what we do. Everyone on the board has cut back where they can.”

Ticket prices have gone up, according to Gardia, by “a couple dollars.” But, he adds, you can still see a BBB show for $20 at the lowest level and under $50 at the highest.

“One of our goals is to keep these shows affordable,” Gardia says. “We want this to be for everyone, especially during these times. With this kind of musical entertainment, you can walk into the theater and get carried away for a couple of hours. That’s essential to our psyche. Our job continues to be bringing entertainment to the masses.”

>Also coming this season, whose theme is “The best is yet to come”: Rodgers and Hammerstein’s The King and I (July 16-Aug. 2), The Full Monty (Sept. 17-Oct. 4) and the composer showcase, Broadway Up Close and Personal: A Tribute to Cy Coleman (Nov. 5-8).

Gershwin and Rodgers and Hammerstein are familiar names at BBB. But the work of composer David Yazbeck, the man behind The Full Monty, is not. Also new to the BBB stage is the notion of male strippers.

“Full Monty is a little riskier kind of show for us,” Gardia says. “But think about the storyline: unemployed steel workers in Buffalo trying to figure out how they can raise money. It says a lot about the world right now, and every time I’ve seen the show, the audience leaves with huge smiles on their faces.”

“I think people definitely see it as a highlight of the season now,” Gardia says. The Cy Coleman tribute will feature Coleman collaborator David Zippel and ASCAP’s Michael A. Kirker joined by Broadway performers Lillias White and Jason Graae.

“One of the things we hope to do with the composer showcase is expand it into a master class of some kind for our Youth Theatre and Musical Theatre conservatories,” Gardia says.