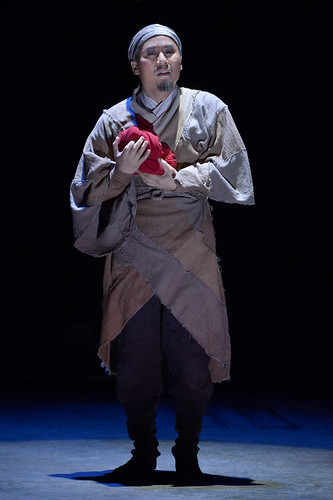 
American Conservatory Theater concludes its season with The Orphan of Zhao an epic tale of revenge that some scholars think stretches back to the fourth century BCE. It’s a tale as old as time, and the first act of this 2 1/2-hour show feels like a millennia itself. But once the revenge gears really start grinding, there’s an interesting story here. I reviewed the production for the San Francisco Chronicle.

Director Carey Perloff’s production (in association with La Jolla Playhouse in San Diego County, where the show re-opens next month) also comes across more as pageant than play, and that diminishes the visceral impact that should be building through the show’s nearly 2 1/2 hours.

Certain elements of that pageant are quite enjoyable, most notably the original score by Byron Au Yong and played by an onstage cellist and violinist augmented by cast members on percussion and unusual instruments (like water bowls). Some of the songs feel organic to the tale, while others come off as second-rate Sondheim.

“The Orphan of Zhao” is, at heart, a juicy revenge tale. Once we get to the actual revenge part, the production gains some much-needed traction, but that doesn’t happen until Act 2. The whole first act is set-up, and it feels mighty long in spite of a heartfelt performance by San Francisco native and Tony-winner BD Wong as a country doctor whose life is forever changed by making a house call to the savage palace of the emperor. 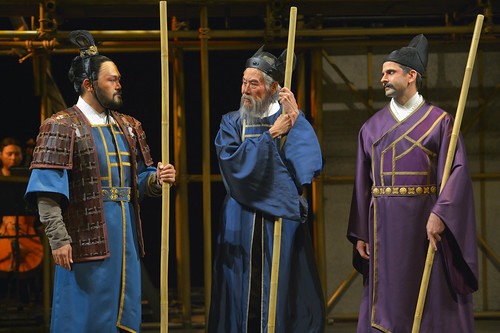